Nearly 2,000 planets have been discovered outside our solar system, but this just might be the strangest one yet.

A lava-loaded “super earth” called 55 Cancri e is twice the size of our own planet but eight times as dense. And it’s so close to its star that a year lasts only 18 hours.

Just 40 light years away, 55 Cancri e may also be tidally locked to its sun the way the moon is to Earth. One side would be a blazing hot eternal night with temperatures of 2,000 degrees Fahrenheit, and the other an even hotter permanent day, according to a heat map of the planet published in the journal Nature that used data from NASA’s Spitzer Space Telescope.

“The day side could possibly have rivers of lava and big pools of extremely hot magma, but we think the night side would have solidified lava flows like those found in Hawaii,” Michael Gillon of the University of Liège in Belgium said in a news release.

Thanks to radiation and solar winds, 55 Cancri e may leave a trail of dust behind it — like a planetary Pigpen — as it races around its sun.

In other words, it could look something like this, from a NASA animation:

The planet may even resemble Mustafar, the molten world in the “Star Wars” universe where Obi-Wan Kenobi fought Anakin Skywalker:

55 Cancri e is so hot that the atmosphere may have completely evaporated, the researchers said. They believe it’s possible the planet still has an atmosphere, but only on the night side.

Because 55 Cancri e is so close, it has been extensively studied, yet researchers remain torn on the nature of the planet. At one point, it was believed to be a worldcovered in water. At another, researchers thought it might be made of diamond.

Now, they are leaning toward a blazing world of lava.

“We still don’t know exactly what this planet is made of — it’s still a riddle,” Brice-Olivier Demory of the University of Cambridge’s Cavendish Laboratory said in a news release. “These results are like adding another brick to the wall, but the exact nature of this planet is still not completely understood.” 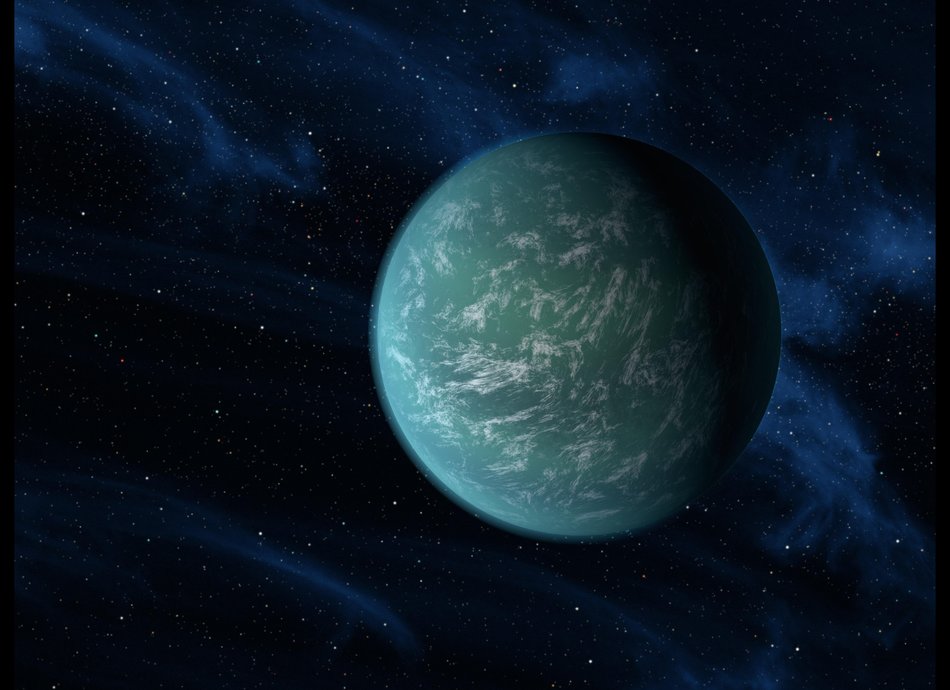